Get fresh music recommendations delivered to your inbox every Friday.
We've updated our Terms of Use. You can review the changes here.

For Your Consideration - The Songs Composed for Sci​​​-​​​Fly 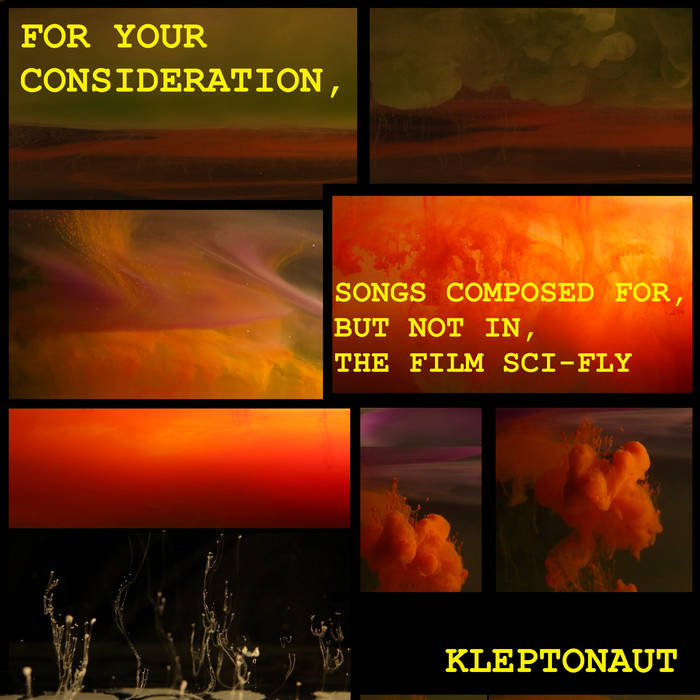 Most of the music compiled here is demos I created for Joey Shank's short film "Sci-Fly". The 2 songs that were chosen and used for the film can be found in the separate, apptly titles, EP "Music from the Film Sci-Fly. I'm really quite pleased with a number of the compositions I made, and perhaps some of music in this compilation will find a future home in some other future films(drop me a line if you've got something in mind).
Since none of these songs are intentionally "finished" I haven't made it downloadable.
I've ordered the tracks for your listening with what I think is the more fun listening stuff at the beginning and the less successful stuff at the end. The idea was to create a number of tracks in search of those ideas, themes, textures, and feelings that might work best in the film. Most of these tracks won't make the picture, but maybe they will find a life in something else. The song names have been numbered in the order, more or less, that they were written, with Theme 1 being the first and Theme 21 being the last.
I'll probably be messing about with the order for a bit. Let me know what songs should be where in the set list, if you feel inclined.
Oh yeah and there is a S%^&t ton more of music in the hopper(some of which is pretty swell I might add), but I don't want to confuse you any more than I already have.

I've recently completed a great album "On The Up and Up" and am looking for the right way to get people to hear it. If you dig it, let me know.